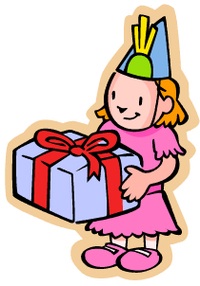 Stefan Marti is a research scientist with Samsung in San Jose. When he was a student, he had the experience of walking around with a broken vibrating pager that gave him an unexpected extra sense: for certain kinds of electromagnetic fields. From the buzzing in his pocket, he knew when people were making popcorn in the microwave, when there was a wireless router nearby and, most interestingly, when a phone—whether his or someone else’s—was about to ring.

The latter turned out to be a nice feature. Sensing an incoming call, he learned not to start a new sentence, and this experience ended up inspiring his doctoral work. His research involved making phones smart enough to figure out whether or not they should ring at all, and to figure out the appropriate action to take (passing on messages etc.) depending on the circumstances. Now he’s working on long-term projects for Samsung that will involve making phones interact with people in more-intelligent/less-disruptive ways.

For Stefan, and the other engineers out there working on products to help me ‘see’ the world through technology, I have a wish list…

First, I want to know when people are lying. A pair of sunglasses that have—displayed discreetly on the inside—a thermal image of the person I’m looking at, and maybe also with some beating property that tells me about heart rate, would do the trick. I know the display technology exists to do it (maybe one of those micromechanical scanners for each eye?), and I’ve seen single-chip cameras that can image in the infrared. So thermal can’t be too much of a stretch. If I personally am not a big enough market, the FBI will almost certainly be interested.

Second, I love to walk, and want to constantly know which way is north when I wander around a new city: I’m fed up with trying to use the sun as a guide when I’m navigating with a map. OK, so it rises in the east and sets in the west. Vaguely. But really it’s all over the place depending on the time of year (I have an office that faces west, so I know). By the way, the gismo needs to be invisible under a T-shirt: no bomb-like boxes or wires sticking out please.

While we’re at it, I want more out of my digital organizer/phone. If my position is known through a GPS chip or my cell reception, can’t I be warned that I’m going into a sketchy neighborhood? (I took a wrong turn through into the Tenderloin in San Francisco once, in heels… very scary.) A set of bluetooth-controlled buzzers built into a watch or arm band might do the trick there. It might even guide me, safely, to where I want to go, rather than making me get my phone or map out. I hate looking like a tourist!

PS: If you want to have the Wi-Fi sixth sense yourself, Phillip Torrone will show you how to make one. Added 16 March 2007.