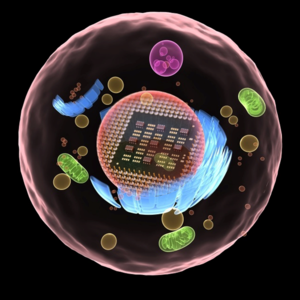 Researchers at MIT have developed the first integrated-circuit vocal tract, which could eventually make it’s way into high-end PDAs. It’s biologically inspired and combined with a bionic-ear processor in a feedback loop. This means it can not only be used for producing speech but also recognizing it: the vocal tract can help to model what the ear thinks it is hearing to verify whether it’s likely to have it right or not. END_OF_DOCUMENT_TOKEN_TO_BE_REPLACED 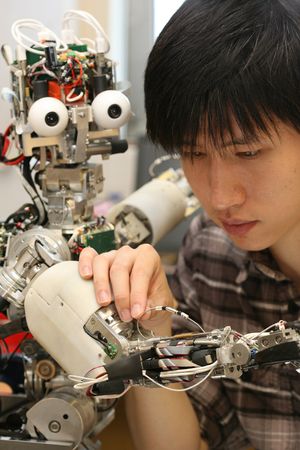 I was at a conference about humanoid robotics, and particularly the iCub, yesterday and Mark Lee from the University of Aberystwyth was talking about the difficulties of ‘raising’ truly developmental robots: robots that learn about their bodies and environments through experience the way we do. This got me thinking.

Being an analog girl at heart, and given that robots have a lot of essentially analog components (even if they are driven with digital controllers), I’d always assumed that truly intelligent humanoids would haveto be raised developmentally. Each individual would have to learn about it’s unique set of motors and sensors and processors and what they could do and how they could interact with the world before they would be able go out and do things. Now I wonder if it has to be as drastic as that. END_OF_DOCUMENT_TOKEN_TO_BE_REPLACED There has been a huge amount of progress in the area of using brain probes to read our intentions, and then relay those to a limb that would otherwise be paralyzed (or, for that matter, to a prosthetic limb). I’ve written about related subjects in the past, both for EE Times and the IEE (now IET), but was really impressed to see that there has now been a full demonstration of the technology (albeit, in a monkey) and that there are new clinical trials underway to show how implanted brain probes can help real human patients. There’s also an important trend towards wireless implants. If you’re interested in this, you might want to read my new piece in New Scientist magazine on the subject. END_OF_DOCUMENT_TOKEN_TO_BE_REPLACED

Christof Koch and I see eye to eye on a few things. For one, we’re both Mac-heads. (Although I have no Apple logos anywhere on mybody). For another, he used to be a neuromorphic engineer: building analog neurons out of silicon. A couple of nights ago I came across a podcast talk by Koch and found we had something else in common… neither of us see any evidence for the existence of free will. END_OF_DOCUMENT_TOKEN_TO_BE_REPLACED 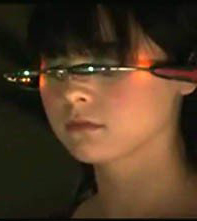 So I finally got around to watching Caprica, the spin-off pilot from the mostly-wonderful Battlestar Galactica. As a scientist, I’m usually pretty happy to just let the science-fiction bits of such programs wash over me: to just suspend disbelief and treat them as fantasy. With Battlestarthis was particularly easy to do, as so little of the science was really explained. But with Caprica, the way they said you could create a virtual human personality was so plausible, well-explained, and—in my view—so completely wrong, that I thought it worth putting something on the record. END_OF_DOCUMENT_TOKEN_TO_BE_REPLACED 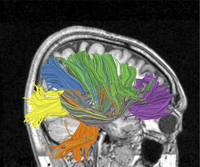 I don’t know much about this widely-publicized project to build a electronic brain in a brain-sized package as I’ve just found out about it and I haven’t yet managed to get my hands on any real technical information. However, reading the IBM press release I found out something very positive that has been omitted from most of the coverage so far. One of the researchers collaborating with IBM is Kwabena Boahen, head of Stanford’s Brains in Silicon Lab, a former student of Caltech’s Carver Mead, and a key researcher in the neuromorphic engineering community. Exactly what this means in terms of the approach that the researchers are taking is hard to say, but I’ll do my best to find out.

I’ve been interested in on-chip and chip-to-chip communications for many years, partly because optics looked likely to be an important technology in this area, and partly because dense interconnectivity is important for neural systems. However, you may be interested in an advance in interconnects for a different purpose: allowing electronics to stretch and conform. The UIUC team that did the work have used it to build a hemispherical detector, and the technology may well have an important impact on wearable sensors and actuators.

One of the impressive things about this work is how quickly it’s evolved: in the space of a couple of years they’ve gone from lines of silicon with a little give, to fully-functional very-stretchable circuits and systems. Not surprisingly, the team have already started up a company to exploit the new technology.

I know I’m not the first to write about this work, but the other stories I’d read didn’t really explain the technology or the importance to any serious extent. I hope you like the piece.

This book has a bit of a split personality, both in terms of its structure and writing. How much this has to do with the fact that it has two authors I’m not entirely sure, but the effect was to undermine Ramachandran’s credibility in my mind. This the first of his books I have read, and may not have been a good place to start. However, it was weak enough in some ways that it makes me less likely to want to read more.

The first half is pretty much what I was expecting: a set of interesting anecdotes about the experiences of the patients of Ramachandran and others, and how these have illuminated our understanding of the workings of the brain. We hear stories about amputees with phantom limbs (and how the latter have been removed), people who believe that their parents are imposters, patients who cannot see anything on the left side of the world. These stories are told compellingly (presumably Blakeslee’s contribution), and the way they are connected to the science is generally convincing. END_OF_DOCUMENT_TOKEN_TO_BE_REPLACED

I’ve been taking a break from writing to work on another project this spring and summer but managed to find the time to finish off a story about the iCub. This open-source robot is designed to allow academics to concentrate on implementing their theories about learning and interaction without having to focus on designing and building hardware, and is part of the general trend towards open source in the field. You can find out more by reading the full piece in EE Times.

Photo: The iCub is an artificial toddler with senses, 53 degrees of freedom, and a modular software structure designed to allow the work of different research teams to be combined.

If you’ve been following my analog posts you’ll know that one of my concerns has been that we don’t train enough engineers who are really comfortable working in this area.

Analog has two major problems: not only is it just generally more difficult to design (much harder maths!), but once you do you have to go and have a chip fabricated (i.e. spend time and money) to see how it works in practice. Digital designers have an easier job to begin with, better tools, and can reliably simulate using systems like field-programmable gate arrays (FPGAs) if they’d rather not work in software simulation alone. Plus there are a gazillion of them, which also helps them to make progress! END_OF_DOCUMENT_TOKEN_TO_BE_REPLACED